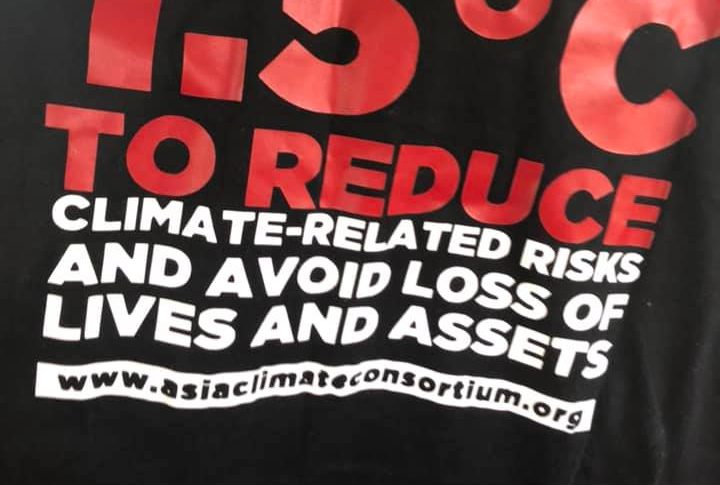 It may be a new year, but the same problems remain for climate action.

It is baffling that the Philippines, one of the most vulnerable nations to the climate crisis, has yet to submit its first official Nationally Determined Contributions (NDC) more than 5 years after the adoption of the Paris Agreement. In fact, it remains one of the very few countries left to accomplish this.

The finalization and submission of the NDC for the Philippines is part of its commitment to achieving the goals of the Paris Agreement, especially limiting global warming to 1.5 degrees Celsius above pre-industrial levels by 2030. This self-determined pledge of adaptation and mitigation measures is vital to attaining sustainable industrial development, poverty eradication, energy security, and social and climate justice for the benefit of all Filipinos.

‘Midnight survival’
Despite ratifying the global agreement in 2017, the country has missed out on multiple self-imposed deadlines for the submission of this climate pledge. As a result, the Philippine government pushed for its submission by December 31, 2020, called by some as the “midnight survival” deadline. This would partly enable the nation to access means of implementation such as finance, technologies, and capacity-building to implement its proposed climate-related programs and projects as soon as possible.

Designing a greener future
After years of anticipation, what was presented to non-government stakeholders was a three-page document that was nothing short of disappointing.

This version committed the Philippines to a 30% reduction of greenhouse gas (GHG) emissions by 2040, yet it lacks other key information such as clear adaptation and mitigation strategies to be undertaken and a finalized cost-benefit analysis of these measures. Without such content, it would be more difficult for the Philippines to negotiate with developed countries to acquire the necessary means of implementation.

Ultimately, the Philippine government decided to not pursue the “midnight survival” deadline, considering the lack of high ambition and other missing content in said document. Furthermore, the terms of the decisions that led to the adoption of the Paris Agreement also state that Parties can submit their NDCs as late as nine (9) months before the next global climate conference. Climate change may also be a political issue, but actions against it must not be hindered by politics.

While it is good to see that quality has been prioritized over punctuality at this juncture, it never should have come to this. For the past few years, civil society groups observed familiar issues with the NDC development process, such as bureaucratic inefficiencies, lack of sufficient coordination among government agencies, and lack of adequate inclusion of non-government stakeholders.

Some of the presented mitigation actions to be included in this document were also not aligned with addressing the climate emergency. For instance, among the solutions from the energy sector is the entry of highly-efficient coal technologies, despite coal being one of the major sources of GHG emissions. This is against the Department of Energy’s recent moratorium on new coal-fired power plants, which shows a lack of coherence in existing policies.

Among the most important inclusions is to fully commit to have its GHG emissions peak on or before 2030. This allows the country to better embody climate justice, through avoiding the same pollutive technologies and practices used by developed nations that led to the climate crisis in the first place. It is also aligned with the goal of achieving net-zero emissions by 2050.

To achieve this, emissions avoidance must be emphasized over simply reducing emissions in the NDC. This includes measures such as banning new coal-fired power plants, renewable energy development, and improving energy efficiency in agriculture, industry, and other sectors. In relation, protecting and enhancing natural carbon sinks such as forests and blue carbon can remove excess GHGs from the environment and further mitigate global warming.

This is a relatively low-cost approach that allows the Philippines to allot more resources to address other pressing issues. Aligned with the realities of a just transition, intermediary technologies such as carbon capture and storage may also be pursued to further reduce the country’s GHG emissions.

Our climate pledge must also reflect the interlinkages between sectors involved in these mitigation and adaptation actions, which were missing in the draft NDC. An economy-wide approach to reducing emissions and enhancing climate resilience also allows cross-cutting issues such as health, education, and gender equality to be more effectively addressed. These are critical to attracting more investments for climate-proofing our infrastructures and systems, which is an intended strategy by the Philippine government through the NDC.

Just as importantly, the official NDC and the process of its development must genuinely embody a “whole-of-society” approach, which was lacking for the past few years. Every Filipino, from the present or future generations, is a stakeholder in the fight against the climate emergency; this means that everyone must be given enough spaces to actively participate in appropriate NDC-related activities. Without this element, our country is unlikely to achieve its development goals, climate-related or otherwise.

Of all the cultural traits reflected in our climate pledge, “Filipino time” has stood out so far. As a self-determined commitment, we hope to see more transparency, inclusivity, cohesion, and timeliness as we enter a critical period for climate action. We cannot afford to be left behind again as the world moves forward.

This piece was originally published in Rappler: https://www.rappler.com/voices/imho/opinion-filipino-time-climate-crisis?fbclid=IwAR3STWcizO8z9aqCEe5Vr4IXE1nq6f0OPOvbY_S-C7kycskIZBId9YHWRnM.