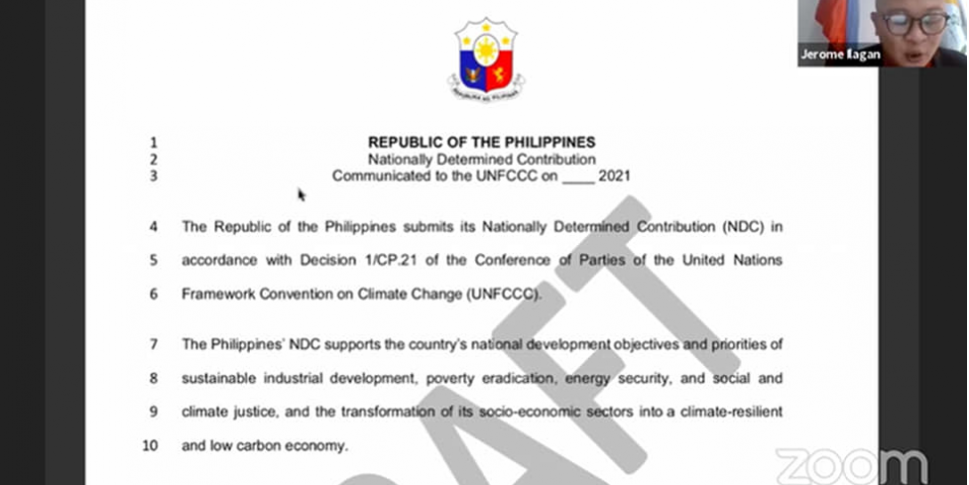 The Philippine government officially presented the second draft of the country’s Nationally Determined Contribution (NDC) during a virtual multi-stakeholder consultation on 3 February.

After opting not to submit the NDC at the end of 2020 amid criticism from various sectors, the national government agencies led by the Climate Change Commission now plans to deposit its climate pledge to the UNFCCC on 26 February, nine months before COP26 in Glasgow, United Kingdom. This was within the timeline allowed under Decision 1/CP.21 for NDC submissions to be considered.

The four-page draft featured a 75% greenhouse gas (GHG) emissions reductions target between 2020 and 2030, relative to the business-as-usual scenario, a significant increase from the 30%-by-2040 goal from the initial draft. It also retained the aspirational target of a peaking year by 2030; but classified more than 72% as conditional commitment.

Lacks Substance & Ambition
While AK welcomed the higher GHG emissions reductions target, it stated that the current draft lacks in substance and ambition. It especially noted the refusal to specify the policies and measures that will be implemented to achieve lower emissions

“It is difficult for non-government stakeholders to assess the true impact of these measures when it is only presented during the consultation itself, especially those that will have implications on the social, economic, and environmental well-being at the local level,” said Rodne Galicha, convenor of AK. 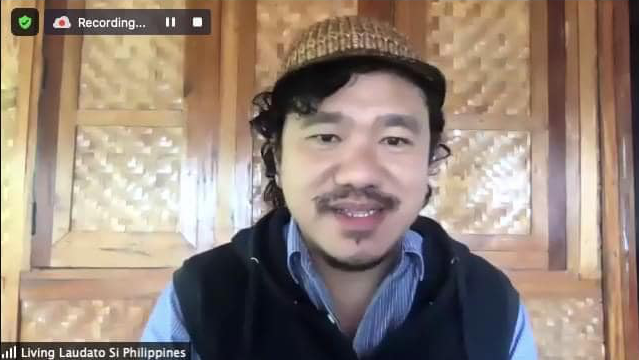 The current draft excluded the forestry sector as it is a net carbon sink, in contrast to the agriculture, waste, industry, transport, and energy sectors which are net emitters. However, stakeholders also criticized this, as it prevents a holistic economy-wide approach to climate action and removes one-half of the mitigation scenario, which is the focus of the NDC.

Galicha also recognized the high conditional target as part of the government’s strategy to negotiate with developed countries and multilateral institutions for means of implementation. However, he also highlighted that this “public finance should not be maximized for the country to strengthen its infrastructures and systems to enhance its long-term resilience to the impacts of the climate crisis”.

A Moral Imperative
The NDC must also represent a moral imperative for the Philippines given its status as one of the most vulnerable countries to the climate crisis and a champion of climate justice, according to Galicha.

“We emphasize that all measures to be included in the final NDC must ensure that the benefits of these measures, climate-related or otherwise, would not only be felt by a select few sectors at the expense of the Filipino public”, he added.

The Philippines remains one of the handful remaining Parties yet to submit its climate pledge, despite ratifying the Paris Agreement more than three years ago. Its government intends to conduct more consultations and revisions before its new self-imposed deadline, a process in which AK and other non-government stakeholders are willing to engage.#