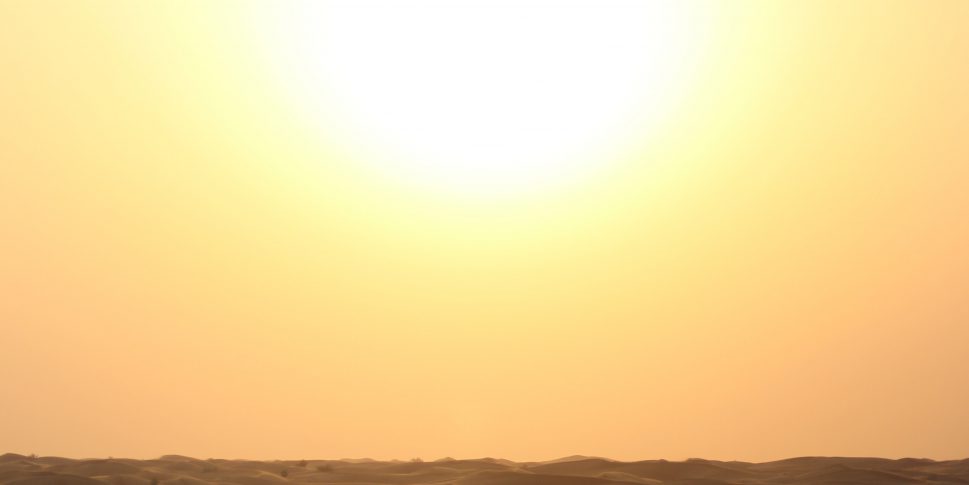 PRESS RELEASE , Geneva, 14 January 2021 – The year 2020 was one of the three warmest on record, and rivalled 2016 for the top spot, according to a consolidation of five leading international datasets by the World Meteorological Organization (WMO). A naturally occurring cooling climate phenomenon, La Niña, put a brake on the heat only at the very end of the year. 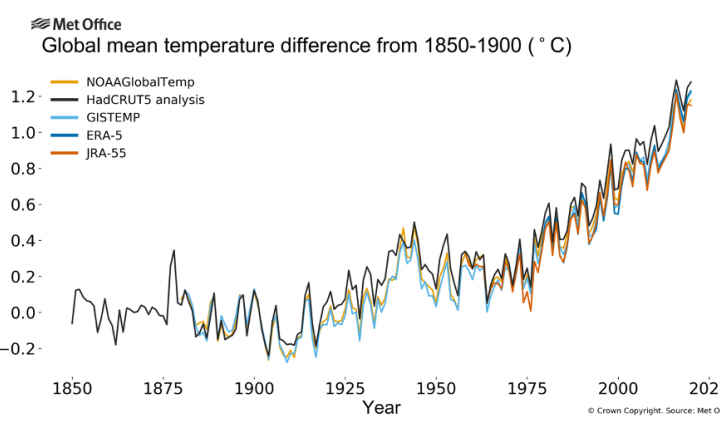 “The confirmation by the World Meteorological Organization that 2020 was one of the warmest years on record is yet another stark reminder of the relentless pace of climate change, which is destroying lives and livelihoods across our planet. Today, we are at 1.2 degrees of warming and already witnessing unprecedented weather extremes in every region and on every continent. We are headed for a catastrophic temperature rise of 3 to 5 degrees Celsius this century. Making peace with nature is the defining task of the 21st century. It must be the top priority for everyone, everywhere,” said United Nations Secretary-General António Guterres.

“The exceptional heat of 2020 is despite a La Niña event, which has a temporary cooling effect,” said WMO Secretary-General Prof. Petteri Taalas. “It is remarkable that temperatures in 2020 were virtually on a par with 2016, when we saw one of the strongest El Niño warming events on record. This is a clear indication that the global signal from human-induced climate change is now as powerful as the force of nature,” said Prof. Taalas.

“The temperature ranking of individual years represent only a snapshot of a much longer-term trend. Since the 1980s each decade has been warmer than the previous one. Heat-trapping gases in the atmosphere remain at record levels and the long lifetime of carbon dioxide, the most important gas, commits the planet to future warming,” said Prof. Taalas.

The La Niña event which began in late 2020 is expected to continue into early to mid-2021.  La Niña and El Niño effects on average global temperature are typically strongest in the second year of the event, and the extent to which the continued cooling effects of La Niña in 2021 may temporarily diminish the overall long-term warming trend during this coming year remains to be seen.

Sustained heat and wildfires in Siberia and low Arctic sea ice extent, as well as the record-breaking Atlantic hurricane season were among the standout features of 2020.

As in previous years, there were significant socio-economic impacts in 2020. For instance, the United States reported a record 22 billion-dollar disasters in 2020, which was the nation’s fifth warmest year on record.

WMO also uses reanalysis datasets from the European Centre for Medium Range Weather Forecasts and its Copernicus Climate Change Service, and the Japan Meteorological Agency (JMA).  Reanalysis combines millions of meteorological and marine observations, including from satellites, with models to produce a complete reanalysis of the atmosphere. The combination of observations with models makes it possible to estimate temperatures at any time and in any place across the globe, even in data-sparse areas such as the polar regions.

NASA and Copernicus Climate Change Service estimate that 2020 is jointly the warmest year on record together with 2016. NOAA and the United Kingdom’s HadCRUT dataset both ranked 2020 as the second warmest behind 2016, with Japanese Meteorological Agency (JMA) Reanalysis ranking 2020 as the third warmest.  The small differences among these datasets are all within the margin of error for calculating the average global temperature according to WMO.

The Met Office and the University of East Anglia recently upgraded their long-running HadCRUT dataset, including better coverage in data-sparse areas such as the rapidly warming Arctic. This provides more accurate estimates of global, hemispheric and regional temperature changes. The previous version, HadCRUT4, showed less warming than other global temperature data sets. HadCRUT5 is now more consistent with these other datasets during recent decades and shows slightly more warming than most of them do over the full period since 1850.

Future projections
The temperature figures will be incorporated into the final WMO report on the State of the Climate in 2020 which will be issued in March 2021. This includes information on all leading climate indicators and selected climate impacts, and updates a provisional report issued in December 2020.

The Met Office annual global temperature forecast for 2021 suggests that next year will once again enter the series of the Earth’s hottest years, despite being influenced by the temporary cooling of La Niña, the effects of which are typically strongest in the second year of the event.#

The World Meteorological Organization is the United Nations System’s authoritative voice on Weather, Climate and Water.

Photo by David Law on Unsplash